Our bodies are in sync with the planet’s day-and-night cycle thanks to an internal timekeeper, the circadian clock that regulates practically all the functions of the body. Recent studies have uncovered that when the internal clock goes out of sync, disease has a better chance to develop. For instance, persistent disruption of circadian rhythm in night-shift workers is a common risk factor for obesity, metabolic disorders and cancer, including liver cancer. So much so that the International Agency for Research on Cancer has categorized “shift work that involves circadian disruption” as a probable carcinogen to humans.

Live cancer is on the rise 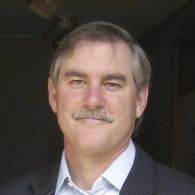 Unraveling how disruptions in the internal clock can lead to cancer is quite challenging. In addition to a central timekeeper in the brain, it seems that each type of tissue has its own clock. The connections between the central clock and the rest of the clocks form a complex network of factors that regulate the expression of number of genes.

“It’s possible that it is not just the fat accumulated in the liver, but that there is something else. We think that, at least to some degree, bile acids are involved,” Moore said.

“One of the important functions of the liver is to produce bile acids, which are made from cholesterol,” said Moore. “Bile acids work as detergents. The liver makes them so we can absorb foods rich in fats, such as cheesecake. When you eat a slice of cheesecake, bile acids help to digest it before it is absorbed into the blood. As part of that process of anticipating food in the circadian cycle, circadian control mechanisms regulate bile acids tightly along the day. However, one of the first things that happens when jet lag disrupts the liver clock is that bile acid production goes out of control.”

“We found that mice in chronic jet lag conditions make more bile acids, which are recycled back in the liver. Lack of control of this process results in accumulation of bile acids, which can lead to damage to liver cells and oxidative stress among others, all of which can promote cancer,” said co-senior author Dr. Loning Fu, associate professor of pediatrics and molecular and cellular biology at Baylor. 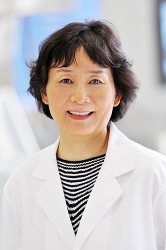 “We know from our earlier work that elevated bile acids activate the CAR gene, and this activation promotes liver cancer in mice,” said Moore.

In the studies here, control normal mice were maintained in 12 hours light and 12 hours dark circadian cycles throughout their life. Jet lagged animals were switched between two time zones for 8 hours. At the beginning of the week, the lights were switched off eight hours earlier, leading to an instant forward shift of mouse internal clock for eight time zones. Three days later, lights were kept on for eight hours longer, which shifted mouse clock back for eight time zones. This treatment induced weight gain, development of a fatty liver and accumulation of bile acid in the liver in normal mice although they were eating a healthy diet. About 10 percent of male mice in the jet lag group developed liver cancer, while normal mice kept in stable circadian cycles did not develop cancer.

“Health is about balance,” said Moore. “Balance of food and also balance of the activity cycle.”

Out of sync lifestyle

“Recent studies have shown that most people in the United States adopt a life-style with prolonged disruption of their circadian rhythm,” Fu said. “We usually are sleep deprived on weekdays and oversleep on weekends and holidays. This shift in sleep pattern is called social jet lag. The largest difference in shifting is among children and teenagers; people stop shifting after they retire.”

The results appear in Cancer Cell.