The five winners of this year’s Michael E. DeBakey M.D. Award for Research Excellence exemplify the breadth and depth of scientific research at Baylor College of Medicine – from the development of the field of molecular endocrinology and the study of endocrine cancers, to research into the brain’s sensory maps as well as the circuits of feeding behavior in mice, to the study of congenital defects of natural killer cell immunity and the care of patients affected by it, to clinical and basic science research aimed at improving outcomes in patients with aortic aneurysms and other diseases of the aorta, to the research into norovirus and rotavirus, the leading causes of gastrointestinal illness. Congratulations to all the awardees!

Dr. Benjamin Arenkiel, an associate professor of molecular and human genetics and neuroscience, has focused his research on improving our understanding of how the mammalian brain forms and maintains neural circuits. He recently described novel roles for neuropeptide signaling in synaptic remodeling within the adult mouse nervous system. In the area of circuit development, he discovered a new piece to the puzzle of how the brain organizes and processes information. The study, published in Nature Neuroscience, reports that although both depend on experience, excitatory and inhibitory neural maps mature in opposite ways. Excitatory neurons mature by sculpting and refining neural maps, while inhibitory neurons form maps that become broader with maturation. In addition, his contributions to the workings of the circuits of the mouse olfactory system have added to our understanding of how newly born neurons integrate into an existing network in the adult brain. His research, reported in Developmental Cell, shows that local corticotropin hormone signaling onto adult-born neurons promotes and/or stabilizes chemical synapses in the olfactory bulb, revealing a neuromodulatory mechanism for continued circuit plasticity, synapse formation, and integration of new neurons in the adult brain. Recently, a serendipitous finding triggered his interest in the neural mechanisms that govern feeding behavior. His lab discovered that cholinergic signaling in the basal forebrain exerts a strong influence on body weight control. Published in Nature, this is the first time that this neural circuit has been reported to influence feeding behavior, sensory processing, and stress, opening new research opportunities in these high-interest fields.

Dr. Joseph Coselli is professor of surgery and chief of cardiothoracic surgery. He has dedicated his career to optimizing the care of patients with aortic life-threatening thoracoabdominal aortic aneurisms, or TAAAs, focusing on reducing the risk of neurological and renal complications following TAAA repair. Through his study published in the Annals of Thoracic Surgery, he was able to demonstrate the value of using left heart bypass to reduce the problem of inadequate organ blood supply. In another study reported in the Journal of Vascular Surgery (2002), he showed that cerebrospinal fluid drainage reduces the risk of spinal cord injury. In a report appearing in the Journal of Vascular Surgery (2009), he addressed the problem of renal complications on a subsequent study demonstrating that providing cold crystalloid perfusion to the kidneys reduces the risk of renal problems. Dr. Coselli’s studies have made TAAA surgery safer. Patient outcomes have significantly improved and the practice of aortic surgery has changed. His multimodal approach to organ protection is now used in many major aortic centers around the world. In 2016, he published in the Journal of Thoracic and Cardiovascular Surgery the results of his 30 years of experience performing open TAAA repairs, presenting the largest series of patients treated for TAAAs ever reported.

Dr. Mary Estes, a Distinguished Service Professor of Virology and Microbiology, has concentrated her research on norovirus and rotavirus, the leading causes of food-borne gastroenteritis in children worldwide. In 2016, her paper in Science reported the development of the first replication system for noroviruses, solving a nearly 50 year old mystery and allowing researchers around the world to study the biology, pathogenesis and treatments against this major illness. The novel culture system consist of human intestinal epithelium preparations called enteroids or ‘mini-guts’ because under the microscope they look like a miniature intestine. In this system, researchers can now study human host-pathogen interactions, gaining insight into how noroviruses cause disease and answering questions such as why one strain of norovirus infects one person, but not another. On a previous work, she was the first to clone the norovirus genome and led the development of a new diagnostic test based on the viral proteins and genome. She also demonstrated that host susceptibility to norovirus infection depends on blood group antigens. Her lab also has developed virus-like particles, which are currently being tested as norovirus candidate vaccine in phase II clinical trials. In addition to the work with noroviruses, her lab has used the mini-guts to study rotavirus. In a 2017 publication in the Proceedings of the National Academy of Sciences, she revealed for the first time that rotavirus can fight back the immune response by antagonizing the interferon response at pre-and post-transcriptional levels. In 2015, a paper in the Journal of Virology was the first to establish a new model to study genetic susceptibility to rotavirus vaccines. Dr. Estes’ work with norovirus and rotavirus provides new opportunities for advancing basic and applied studies in viral gastrointestinal diseases. 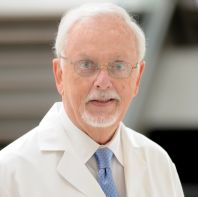 Dr. Bert O’Malley, professor of molecular and cell biology, has focused his research on the molecular mechanisms that guide gene regulation in endocrinology and endocrine cancers. His work has improved our understanding of the molecular mechanisms by which hormones, receptors and coactivators contribute to the disease process. His pioneering work in this field has shown that intracellular hormones and cofactors act at the level of DNA to regulate the production of proteins and affect the function of the cell. Recent research reported in Molecular Cell was the first to solve the structure of a functional receptor-coactivator complex on DNA capable of regulating gene transcription in vitro. In addition, in a paper published in the Journal of Clinical Investigation, he showed that steroid receptor coactivator-2 (SRC-2), which is highly elevated in a variety of tumors, is likely implicated in metabolic coordination of cancer metastasis, opening the possibility of therapeutically targeting the SRC-2 pathway. His work with steroid receptor coactivator-3 (SRC-3), a prognostic marker for aggressive human breast cancer, showed that small-molecule inhibitors that directly bind SRC-3 cause selective degradation of the complex, hereby killing cancer cells with no observable toxicity. Small-molecule inhibitors represent a new type of oncologic drugs that target coactivators. This was published in the Proceedings of the National Academy of Sciences. 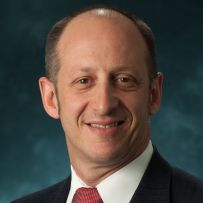 Dr. Jordan Orange, professor of pediatrics and rheumatology, has concentrated his research on the study of primary immunodeficiency, and on the cell biology and deficiencies of natural killer (NK) cell defenses, a major player in the rejection of tumors and viral infections. His work has improved our understanding of the genetic bases and mechanisms of immunodeficiencies, underscoring the importance of NK cells defenses. Recent work, reported in Nature Genetics, applied cell biology, genomic and microscopy techniques, and revealed an unexpected molecular link between a vesicular transport protein and a hereditary autoimmune-mediated lung disease and arthritis. In 2016, a paper in the Journal of Clinical Investigation was the culmination of a 12 year study to determine the cause of an NK deficiency that makes patients susceptible to severe viral infections. Their investigation pinpointed two rare variants of the gene IRF8; one of them had not been reported before. The individuals carrying two defective IRF8 variants have fewer mature NK cells than those with the normal gene, and these fewer cells do not work properly. On another study, Dr. Orange has moved forward our understanding of how NK cells kill their targets. He had previously described that NK cells concentrate their lytic granules on the area of contact with the diseased cell, but why this concentration occurred was not clear. His paper published in the Journal of Cell Biology this year showed that by converging their lytic granules, NK cells improved the killing efficiency of their targets while preventing collateral damage to neighboring healthy cells.